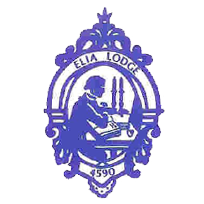 Freemasonry is the second largest giver to charity, beaten only by the National Lottery.

Elia Lodge has supported many Masonic and non-Masonic charities since it’s consecration, examples of some of those charities are:

and many smaller charities local to our membership which are regularly chosen amongst ourselves or nominated by The Master in office year to year.

GUIDANCE FOR LODGES AND CHAPTERS

Cookies are very small text files that are stored on your computer when you visit some websites.

Use the slider below to see the different types of cookies you can choose to allow.

Drag the slider across to change your cookie settings

This website will:
This website will not:
Saving option...
Cancel Save and Close
Find out more about Cookies
For your new settings to take effect, this page will automatically refresh when you click "Save and close".